Funds will go towards improving conditions in rural communities

New York, NY – Nov. 7, 2017 – The WHEELS Global Foundation (WGF), held its annual fundraising gala at The Pierre, Taj NY located in Manhattan on Friday, November 3, 2017. More than 300 entrepreneurs, business leaders, scholars and dignitaries were in attendance. $2 million of the total $2.4 million was generously donated by the Niswarth International Foundation, a charitable vehicle for Chirag Patel, Co-CEO and Chairman, Amneal Pharmaceuticals, and his family. This donation will go towards the WHEELS India Niswarth (WIN) Foundation, a new 501c3 non-profit to be formed in the U.S. The WIN Foundation will be located at the IIT Gandhinagar (IITGN) and Indian Institute of Public Health Gandhinagar (IIPHGN) campuses with the main office, and Water & Sanitation -WATSAN group located at the IITGN campus and the Maternal & Child Health group located at the nearby IIPHGN campus.

Many of the funds raised came from individual donors, raffle donations and live auction. The gala also featured a unique opportunity for a one-on-one dinner with Rajat Gupta, Chairman, WHEELS Global Foundation and Chirag Patel. Additionally, a House of Nobel Experience in Paris was auctioned off. This prize included a not-yet released champagne, founded by late Philip Nobel, a descendant of the Nobel Prize family. Champagne Philip Nobel is developed by 2017 Champagne Maker of the Year, Alfred Gretien. The prize also included the chance to be at the exclusive white tie party (Students’ Nobel NightCap) held annually in Stockholm, Sweden to celebrate the Nobel laureates.

The event honored Mr. Josh Weston, the former CEO of ADP, for his years of service as a community leader. 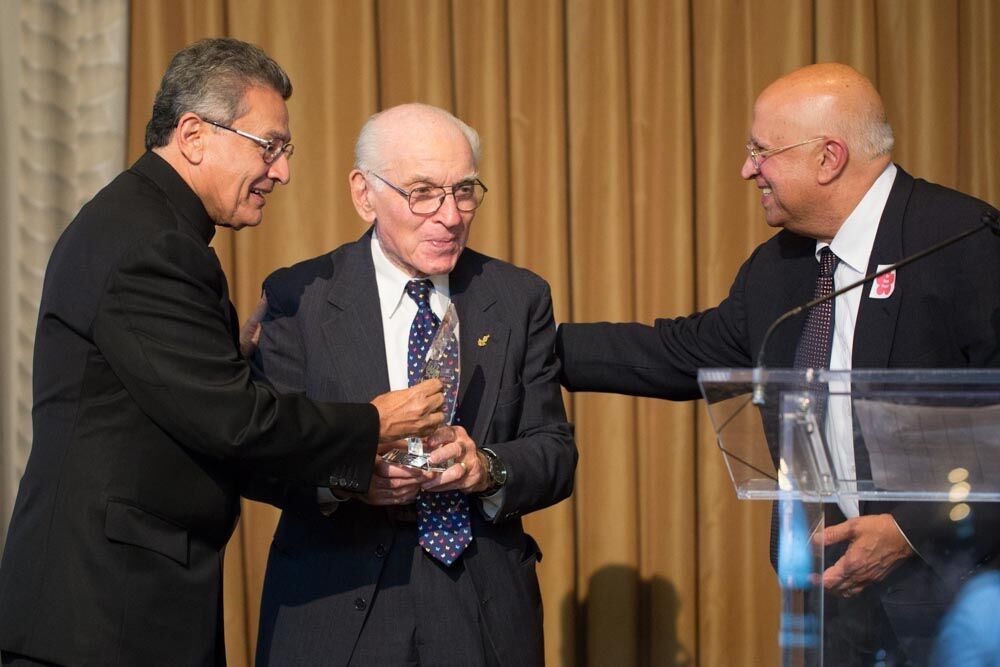 He co-founded Safe Water Network, a non-profit that provides access to clean drinking water to thousands of people in India and Ghana. Mr. Hiten Ghosh, the President Emeritus of WGF was honored for his leadership as the first founding President and received a Lifetime Achievement Award for his dedication and service. Mr. Suresh Shenoy, executive vice president at Alyx Technologies was announced as the new President of the Foundation.

At the inaugural gala in 2016, $200,000 was raised. The funds raised last year helped alleviate many pressing challenges in rural communities. “ The increase in donations this year demonstrates that donors see the urgency of the issues faced and that WGF is a dedicated partner in alleviating issues faced by rural areas. We are deeply gratified by the generous donations of attendees, sponsors and raffle and auction prize donors,” said Suresh Shenoy, President, WGF. 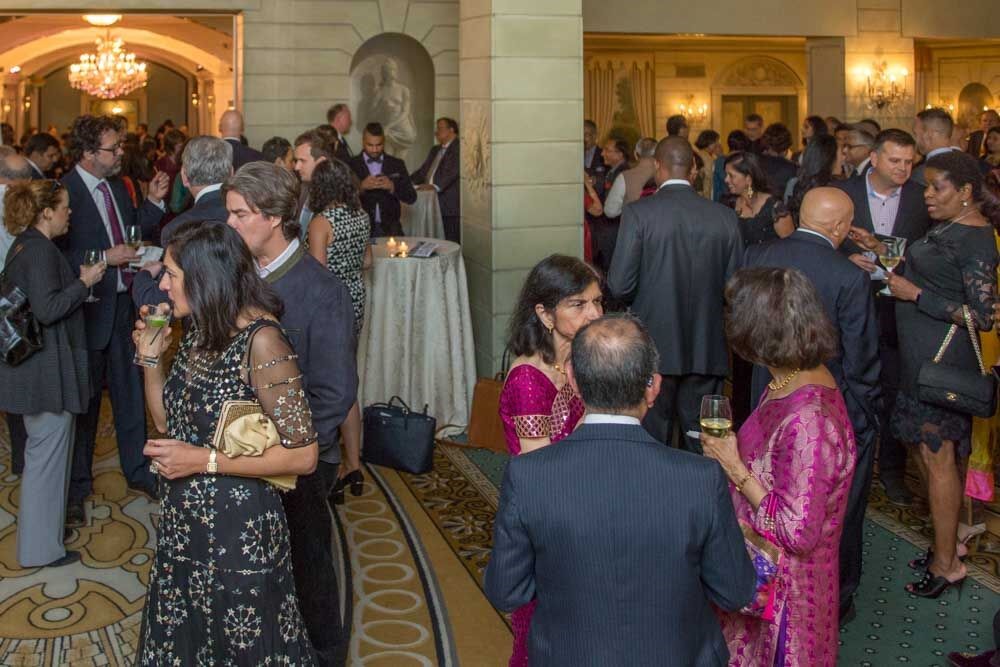 With a vision to use “technology to enable philanthropy,” WGF provides funds to develop Clean Drinking Water Plants (CDWP) in remote villages to alleviate health issues related to poor-quality drinking water. The Kanya project, headed by Youth Chair, Vriti Khurana, works to alleviate the stigma surrounding menses to keep girls in school. A production facility staffed by women produces 100% compostable feminine hygiene products that will be donated to the girls in surrounding communities. This provides jobs for women in the community and teaches them entrepreneurship skills.

Through its Sevak Program, to date, 60 Sevak villages have delivered preventative healthcare monitoring and care to over 60,000 households. The foundation also partners with Pratham, India’s largest education NGO to promote girls’ education for young dropouts in India under their Second Chance Program. 384 laptops have been donated to the program, and Spoken Tutorials have trained 2.5 million people in IT literacy.

Guests in the Grand Ballroom | The Pierre, Taj NY 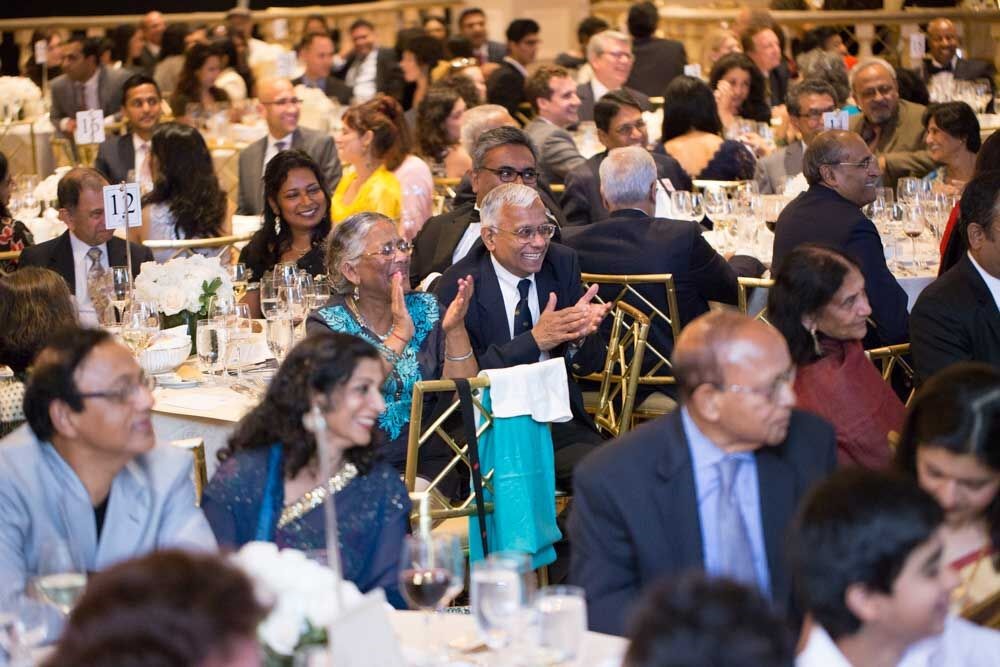 In addition to its programs, WGF funds research across the globe on health, sustainability and clean energy technologies. Neil Davey, WGF’s Youth Chair and grantee, developed the microfluidics technique in partnership with Harvard University and IIT Bombay Bioengineering and Bioscience department, that puts the medical community one step closer to being able to detect cancer and malaria cells from a drop of blood. Developments such as these must be nurtured, and we look forward to the advances that the coming year will bring resulting from the generous donations of our attendees. TV Asia was the media sponsor for this important event.

ABOUT: WHEELS Global Foundation (WGF) is a non-profit organization that is a pioneer in applying technology to provide solutions to issues related with water, health, energy, education, livelihood, and sustainability. Founded as an independent 501c3, the organization partners with other national and international NGO’s and non-profit organizations, working in collaboration to aid a larger rural population globally.