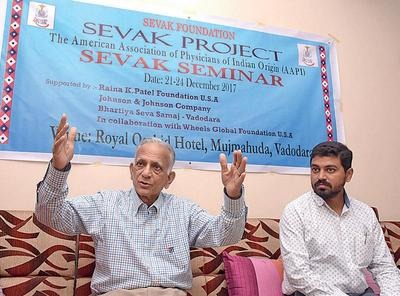 Vadodara , Dec 18, 2017: Sevak project led by US-based Thakor Patel is now moving beyond the boundaries of Gujarat. Kenya-born Patel, who had retired as captain from medical corps of United States Navy in 1998, had laid foundation of Sevak project in Gujarat in 2010 through which 31 people were trained in healthcare, sanitation, water purification, prevention of diseases and lifestyle modification education.

Now, the project will be extended to villages in Tamil Nadu and Odisha on the request made by US-based Wheels Global Foundation formed by alumni of IITs. 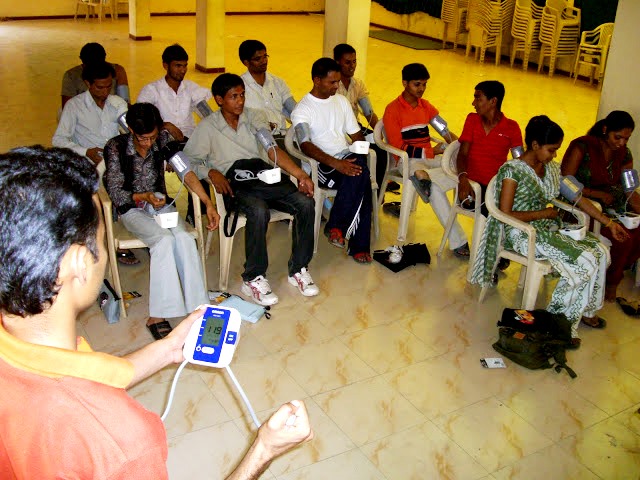 "After receiving the request, we have invited eight volunteers from Tamil Nadu and four from Odisha who will undergo training in Vadodara till December 24. This refreshers training will provide them basic life support skills and also they will learn about triage to decide order of treatment in case of medical emergencies for treatment of patients," said Patel, who was the leader of a surgical support team during United States' invasion of Grenada in 1983 and had served as director of medical services of a fleet hospital in Saudi Arabia during Operation Desert Shield in 1990s.

While the training will be provided by Lifeline Foundation led by Padma Sri awardee Dr Subroto Das, five speakers from US will guide the participants on cancer screening in women, lifestyle modification, how to save life of children below the age of five and first 1,000 days in a child's life. Dr Ranjita Misra, who is co-chairman of Sevak Foundation, has received grant from US to implement the project in Odisha. 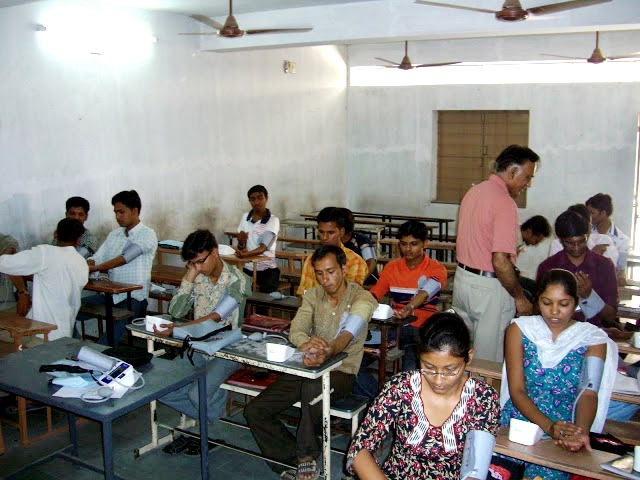 While the project has now been extended to 60 villages in Gujarat, RO plants have been set up in five villages in the state including Agiya in Sabarkantha district, Chandragadh in Morbi district, Mota Kalavad in Devbhoomi Dwarka, Jalat in Dahod district and Chhipdi in Kheda district.

At Chandragadh, of the total population of 1,000, 250 persons including children and senior citizens are facing kidney stone problems.
"We are planning to set up ten more RO plants in Gujarat. IIT Bombay alumni Ruyingtan Mehta, a philanthropist based in New Jersey has agreed to help us set up these plants. Also, US-based NRIs Chirag Patel and Chintu Patel, who run Amneal Pharmaceuticals will be funding the ten new RO plants," said Patel.

This article is also published in 'Times Of India' : https://timesofindia.indiatimes.com/city/vadodara/us-navy-ex-captains-project-to-move-beyond-gujarat/articleshow/62110592.cms