The Custodian of Wadiyar Dynasty, HH Sri Yaduveer Krishnadatta Chamaraja Wadiyar in conversation with Mr. Rajat Gupta, Chairman of the WHEELS who also served on the board of several multi-national companies like Goldman Sachs etc . This event is organized in association with his Bherunda Innovation Foundation & PAN IIT, USA. We are proud to include His Highness the Maharaja of Mysore among the supporters of WHEELS. The Wadiyar dynasty started in 1399 and ruled almost uninterruptedly through 1947 until the abolition of monarchy in 1950 is among the longest surviving royalty in the world. In these 600+ years, they have served as vassals of the Vijayanagar Empire, rulers under Hyder Ali, Tipu Sultan, and finally as allies of the British Empire. You can find more details at: http://www.wheelsglobal.org/webinar_evolvingparaofdev 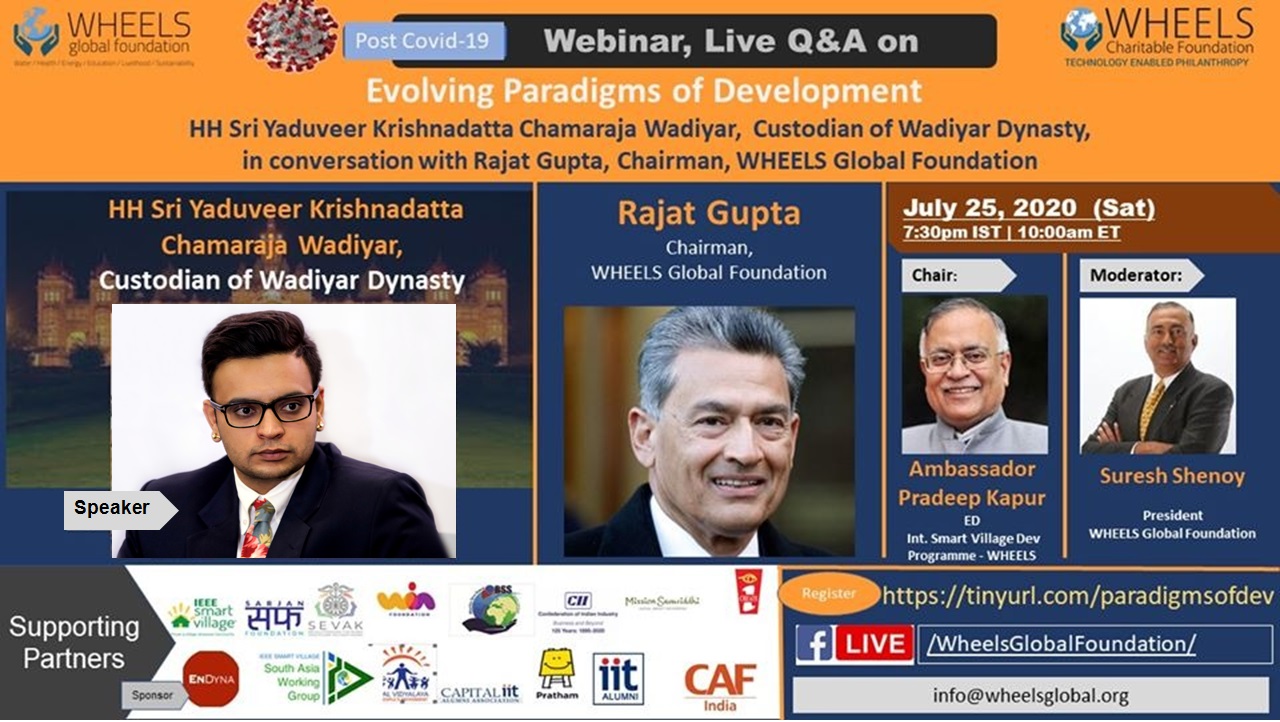 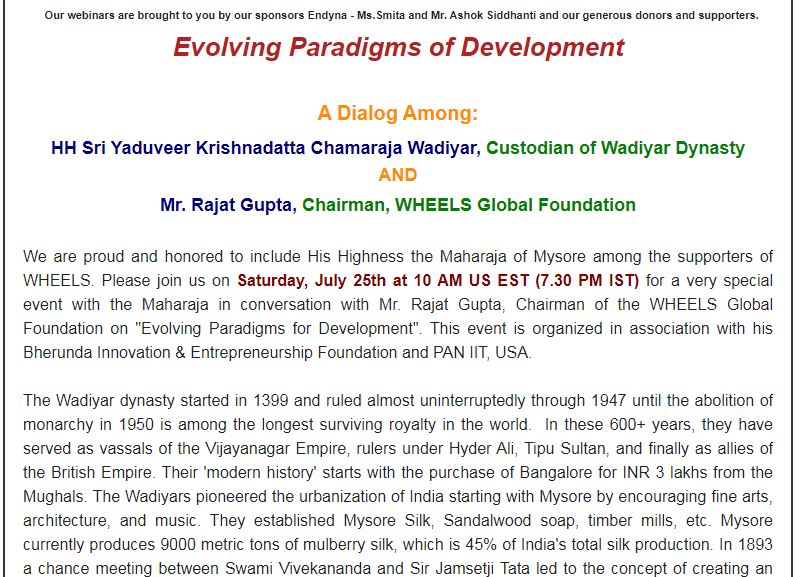 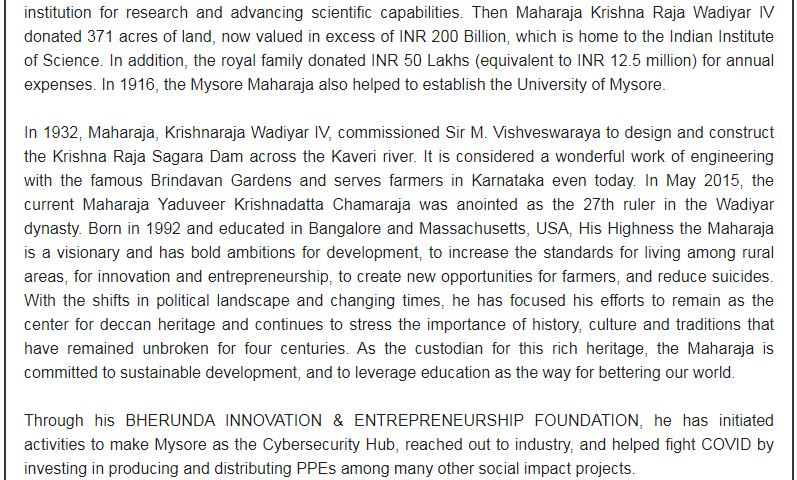 HH Sri Yaduveer Krishnadatta Chamaraja Wadiyar is the twenty-seventh head and custodian of the erstwhile ruling family of the Kingdom of Mysore and head of the Wadiyar Dynasty. Sri YKC Wadiyar formally adopted by H.H. Rajamata Dr. Pramoda devi wadiyar, wife of late H.H. Srikantadatta Narasimharaja Wadiyar, at the Mysore Palace on the 23rd of February, 2015. His primary education began at the Vidyadika Vidyalaya, Bangalore and graduated in the united states with major in English and Economics. In modern times, with the shift in the political landscape and in the moving of administration, he has focused its efforts to be a center for heritage of the deccan and continues to stress always the importance of history, culture and tradition of the state.

The traditions and practices of the palace, Mysore are unbroken for over 400 years after inheriting the same from the Vijayanagar empire, whose legacy is embodied within that of the Wadiyars of Mysore. His highness always strived to highlight these traditions as part of the vibrancy of our state and it the view of the current custodian that the rituals, culture, and affairs of the palace should be sustainable development, and the use of education as a tool for bettering our world.Sri YKC Wadiyar is married to Trishika Kumari Wadiyar, who hails from the Dungarpur Royal Family in Rajasthan and have a son Aadhyaveer Narashimaraja Wadiyar. He loves music, reading books, riding horse and playing tennis. He has identified with several developmental causes and following President and Trustee – Sri Jayachamaraja Urs Education Trust, Mysore Ambassador and Advisory Board – Kalisu Foundation, Mysore.