Watch the LIVE Recording of the Webinar 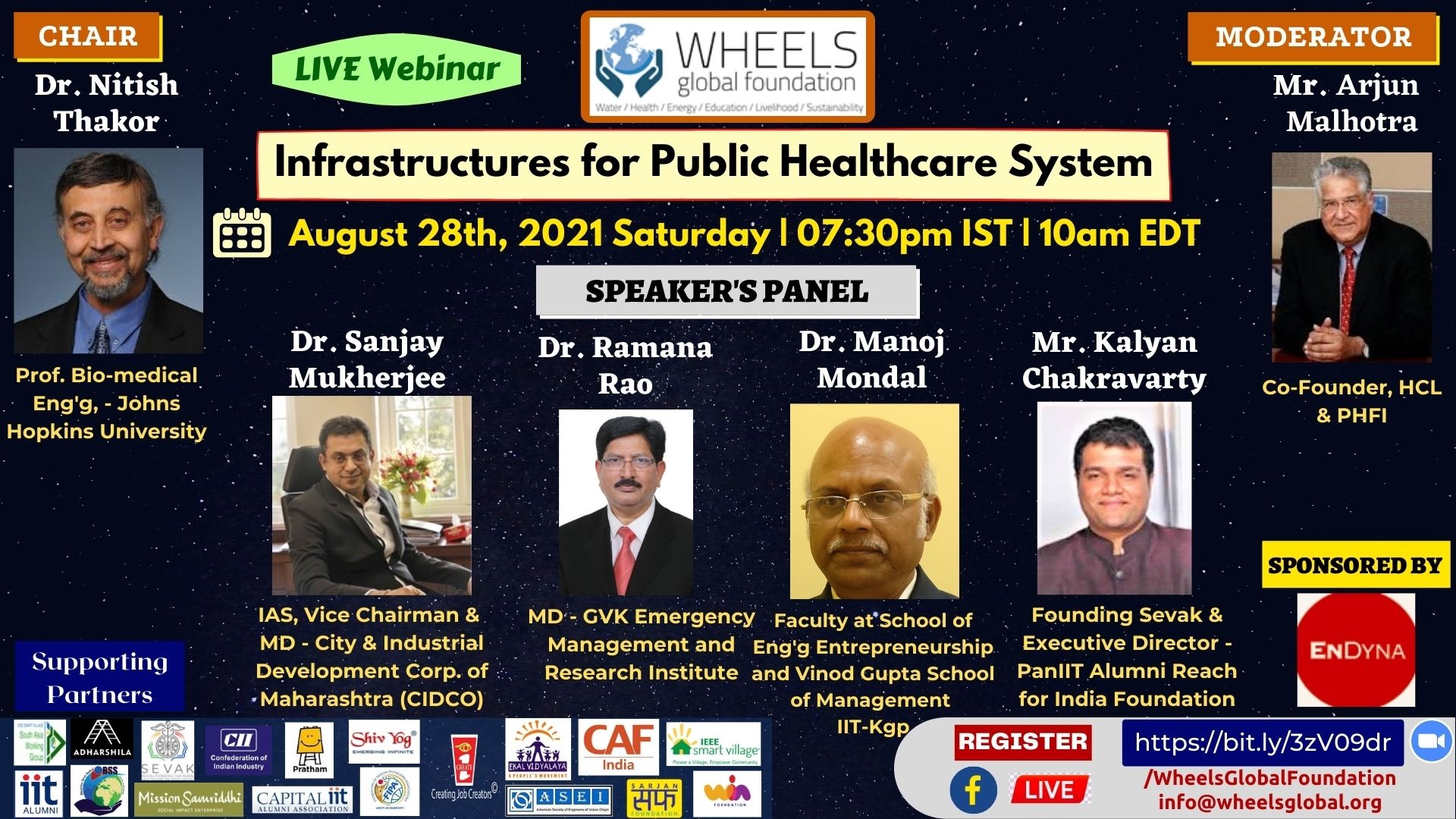 Infrastructure is the most important anchor that glues together the Public Healthcare System with its vast complexities of medical equipment, supplies, facilities, availability, and training of frontline workers. In addition to public policies and the importance of Public health to the National economy, the national resources and priorities that the government assign -- both at the national and state level, can turn a pandemic into a national calamity as we learned globally. The Heroes of the Public Health system often do not get their due recognition in public priorities until it becomes a crisis.

We are fortunate to have a panel of speakers who have managed this critical anchor of India's public health system to share their experience and recommendations so that we can manage it better during the next pandemic. Please note our esteemed panelists and register for this interesting and informative webinar.

Upon registration, you may send your questions in advance to [email protected]. The webinar will also be broadcast on  WHEELS Facebook Page and other social media platforms. Attendees will also be able to post their questions during the webinar. You can join the webinar 15 min early (i.e. 09:45 AM ET OR 07:15 PM IST) to watch the slide show on WGF activities and related project videos. Past webinars have stressed the importance of collaboration among NGOs to scale operations and increase the impact. For more information visit: www.wheelsglobal.org 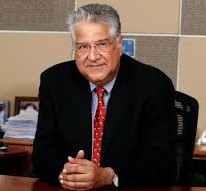 Mr. Arjun Malhotra is a pioneer of the Indian IT industry, Mr. Malhotra served as Chairman of Headstrong’s Board of Directors before its acquisition by Genpact in May 2011. Prior to Headstrong, he was Chief Executive Officer and Chairman of TechSpan, which merged with Headstrong in October 2003. Mr. Malhotra has had a long string of entrepreneurial successes. He co-founded the HCL group in 1975, taking it from a six-person “garage operation” to one of India’s largest InformationTechnology corporations. The first leading Indian entrepreneur to relocate to the USA, Mr. Malhotra took over HCL’s US operations (now known as HCL Technologies) in 1989 and grew it to nearly $100 million annual revenues.

In 1992 he ran the HCL-HP joint venture in India, and in 1996 he set up and ran the joint venture with Deluxe Corporation. Mr. Malhotra is on the Board of Governors of ISB, Hyderabad, and IIT (Kharagpur) Foundation. He is a past Co-Chair of the Global Pan-IIT Alumni Association. He is also a Member of IPSS and was on the Board of Governors of The Doon School. A Life Fellow of IIT Kharagpur, he has been awarded Doctor of Science (Honoris Causa) in September 2012. Punjab Technical University conferred an Honorary Ph.D. on him in 2013. 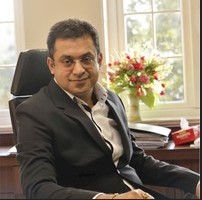 Dr. Sanjay Mukherjee IAS is currently serving as the Vice Chairman and Managing Director (VCMD) of the City and Industrial Development Corporation of Maharashtra (CIDCO), the Government of Maharashtra’s premium agency for the Development of New Cities and Projects. He specializes in Project Development, Financing and Execution, Strategy, Urban Development, Healthcare Development, Utility Management, and Infrastructure. In his current assignment, Dr. Mukherjee is responsible for the completion of the Navi Mumbai Project of CIDCO, which is the area from Navi Mumbai up to JNPT. Under his leadership, amongst the major projects being executed by CIDCO include Mega Housing Projects amongst the largest in the world, the Navi Mumbai International Airport, the NAVI Mumbai Metro Rail Project, the Navi Mumbai Airport Influence Notified Area ( NAINA) project (which includes most of Raigad District) and many more. He is credited to have given breakneck speed to the execution of all pending projects of CIDCO, including above, the Railway Projects, Palghar New Town, etc.

Dr. Mukherjee’s association with Infrastructure Development goes back 2 decades when he spearheaded the planning and Land Acquisition of Nagpur’s MIHAN project, several Irrigation Projects, etc. He prepared the DPR of the Nagpur Metro and also spearheaded the Nagpur Metro Region Project. As the State Excise Commissioner, he increased the excise Revenue from Rs. 5500 crore to Rs. 12,000 crore in 4 years, and also spearheaded massive computerization of the department. He was the driving force behind of Mumbai Coastal Road Project, the Mumbai Sewage Disposal Project, the Mumbai Sewerage Improvement Project, the Waste to Energy Project, and many more. He is also credited with boosting the reserves of MCGM from Rs. 40,000 crore to Rs. 8,000 crore during his stint.

He is a doctor by teaming and has the time occasion of serving as the Secretary of the Medical Education Department. His tenure was marked by huge infrastructure creation in the Department, with the Government starting the construction of 11 new Medical Colleges, up-gradation of existing Medical Colleges, doubling the PG student intake, massive increase of the UG medical seats, etc. Several regulatory reforms were bought in, like the entry of the Private Sector in Medical Education, Reforms in the AYUSH system, etc. Later, he led the State’s Covid response during the first phase of the COVID-19 pandemic and was responsible for Infrastructure development and medical supplies, which he did at the rate of One COVID hospital and one testing lab a day, in addition to encouraging and facilitating the Industry in ramping up production of essential items. Under his leadership, Maharashtra became the first exporter of PPEs in India.

He also began Project Platina, which was the world’s largest trial for Plasma Therapy, and also was an investigator in several studies in COVID, some of which are peer-reviewed and published. Dr. Sanjay Mukherjee is an avid reader and a music enthusiast. He also enjoys the outdoors and spends most of his free time out in nature. 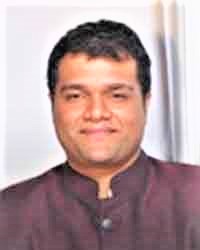 Mr. Kalyan Chakravarthy is the Founding Sevak & the Executive Director of PanIIT Alumni Reach for India Foundation (PARFI ). This Foundation is a nation-building initiative of IIT Alumni with a mission to enhance the incomes of the underprivileged by bringing IITian spirit to vocational and livelihoods education through Private-Public Partnership with the state.

He graduated from IIT Madras, with a post-graduation in management from the Indian School of Business, and has completed an executive education program with Harvard Business School on Strategic Nonprofit Management.

Kalyan had started his career in FMCG, Marketing, strategy consulting in India and abroad before returning to India to work in the social enterprise sector. Kalyan is a strong believer in applying market-based solutions for societal problems and development interventions. He is a member of the CII National Skills committee and is an active participant in Policymaking platforms. 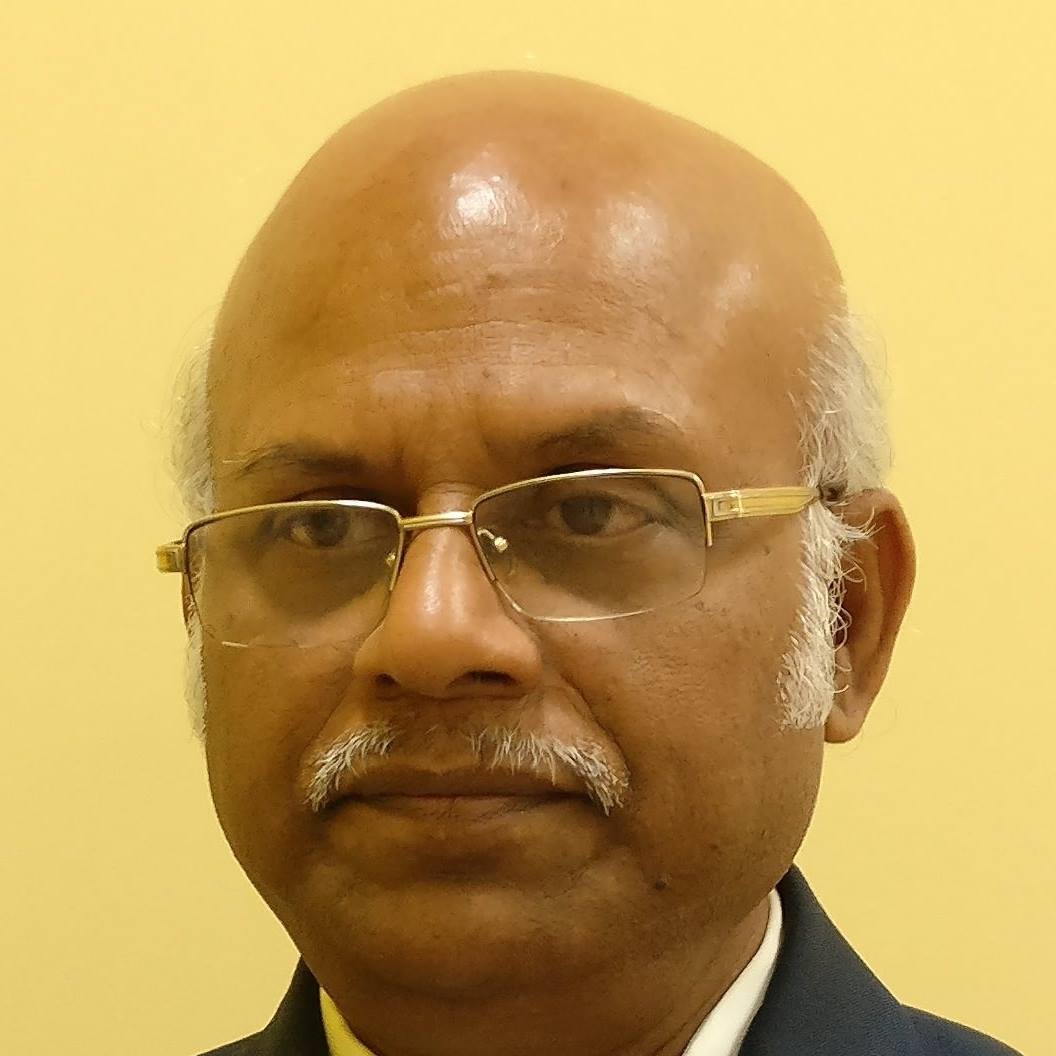 He has worked in manufacturing, banking, and R&D management, and developed several technologies, especially for the rural artisans. He filed more than a dozen patents, the majority of which are related to rural applications and micro-irrigation. He has received a gold medal from a consortium of Lock Heed Martin, Stanford University, the University of Texas at Austin, and FICCI, India for the best innovation and another gold medal from the Ministry of Chemicals & Fertilizers. He has filed applications for more than a dozen patents. His research areas are mainly for developing products of many kinds. Some of his recent works are in the areas of Oxygen production and dispensation, micro-irrigation, thermoelectric cooling, renewable energy, technological interventions for rural artisans, waste management. He offers an online course on the NPTEL platform in the area of entrepreneurship with annual enrolments of more than 7000 learners. 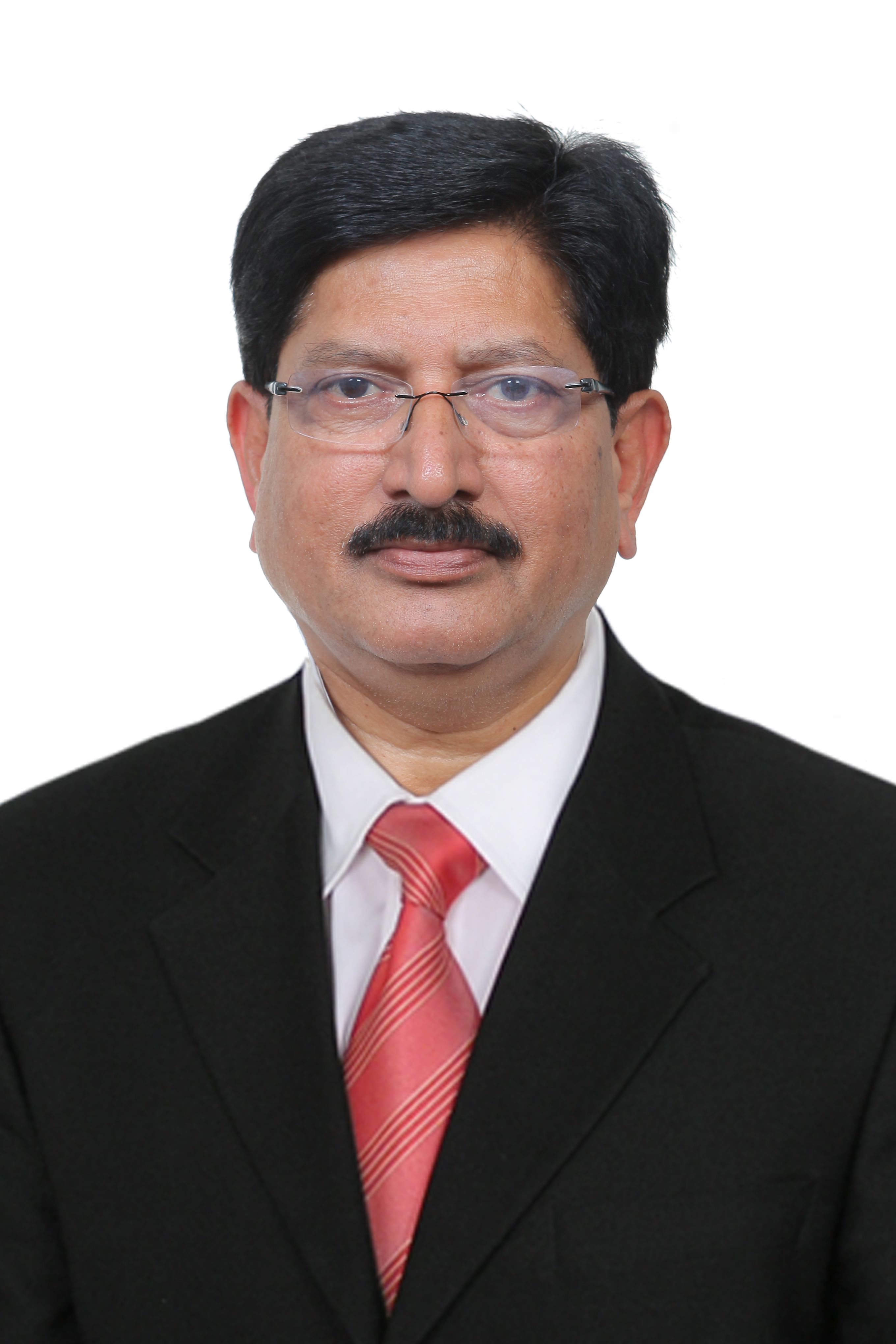 Dr. G V Ramana Rao is working as Director Emergency Medicine Learning Centre and Research at GVK Emergency Management and Research Institute (GVKEMRI), Hyderabad. He is associated with 108 ambulance services since 2006. He is the Chief Editor of the Indian Emergency Journal. His educational qualifications are MBBS, DPH, MD (Community Medicine), and PG Geriatric Medicine. He worked as a Professor of Epidemiology at the Indian Institute of Health and Family Welfare Hyderabad before joining GVK EMRI.

Dr. G V Ramana Rao has been a member of the National Ambulance Code- Government of India. He was invited twice by World Health Organization for his expertise in emergency care. He is a member of Global Resuscitation Alliance, Global Stroke Group, STEMI India framework, prehospital trauma care, prehospital traumatic brain injury, EMT education of national/ international agencies. He is a member of the expert group on EMT education, pre-hospital trauma care, snakebite. Dr. Rao was the recipient of lifetime recognition by the Society for Emergency Medicine India and Stanford School of Medicine, the USA for his contributions to Emergency Medical Services in India. Dr. Ramana Rao has trained over 5.5 lakh health care providers to date including over 140,000 Emergency Medical Technicians. He has been an invited speaker in over 100 international and national conferences. Dr. Rao has published over 50 scientific publications. Dr. Rao has been a speaker at TEDx Hyderabad in 2016. 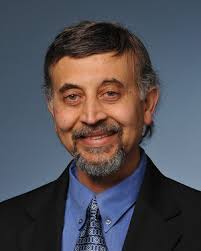 Dr. Nitish Thakor has been a co-founder of WHEELS Global Foundation and Editor of its technical publication, PiTech, PanIIT Technical Review. He has been a Professor of Biomedical Engineering at Johns Hopkins University since 1983. He is also the Founding Director of the Singapore Institute for Neurotechnology at the National University of Singapore and currently the Professor of Biomedical Engineering at the National University of Singapore. Prof. Thakor’s technical expertise is in the field of Medical Devices, Neuroengineering, Prosthetics, and Brain-Machine Interfaces. He is a graduate of IIT Bombay and a recipient of a Distinguished Alumnus Award and Distinguished Service Award from the Indian Institute of Technology, Bombay, India, and a Centennial Medal from the University of Wisconsin School of Engineering. He is also an Honorary Professor at IIT Gandhinagar.

WHEELS Global Foundation(WGF), "An Initiative of IIT Alumni, USA" with the mission of Technology-Enabled Philanthropy. WHEELS has also been selected by NITI Aayog, Govt. of India as a member of the Committee for Innovation and Technology Transfer. WHEELS has also signed an MOU with the Ministry for Panchayati Raj for a technology partnership in Rural Development.

Infrastructure requirements for the Rural populations can differ from those for Urban populations and must be reflected in policy decisions. For example:

Human resources: Healthcare skills need can be met by vocational training and made affordable for the rural population -- creating jobs and entrepreneurial opportunities in Healthcare services by adopting technology/digital solutions.

Telemedicine/Telehealth with at-home testing/screening and AI-based data analysis providing affordable remote access to medical specialists not only meets the needs of Rural healthcare but also minimizes the impact of a shortage of doctors for Urban needs for years to come.

The indigenous design and production of Healthcare products must have affordability and accessibility as top criteria and government agencies should “fast-track” regulatory approvals for such disruptive technology applications – an example is automatic/motorized  Ambu-Bag.
Establish Mobile Health Camps to serve several village clusters at block level as second-tier healthcare to Telemedicine. This can bridge the gap between district-level facilities and PHCs staffed with skilled resources trained and certified as noted above.
Public Health Infra-structures must be developed and maintained as Public-private enterprises.
Deploy 3-wheeler & Boat Ambulance to access remote areas not served by roads but accessible in other ways. 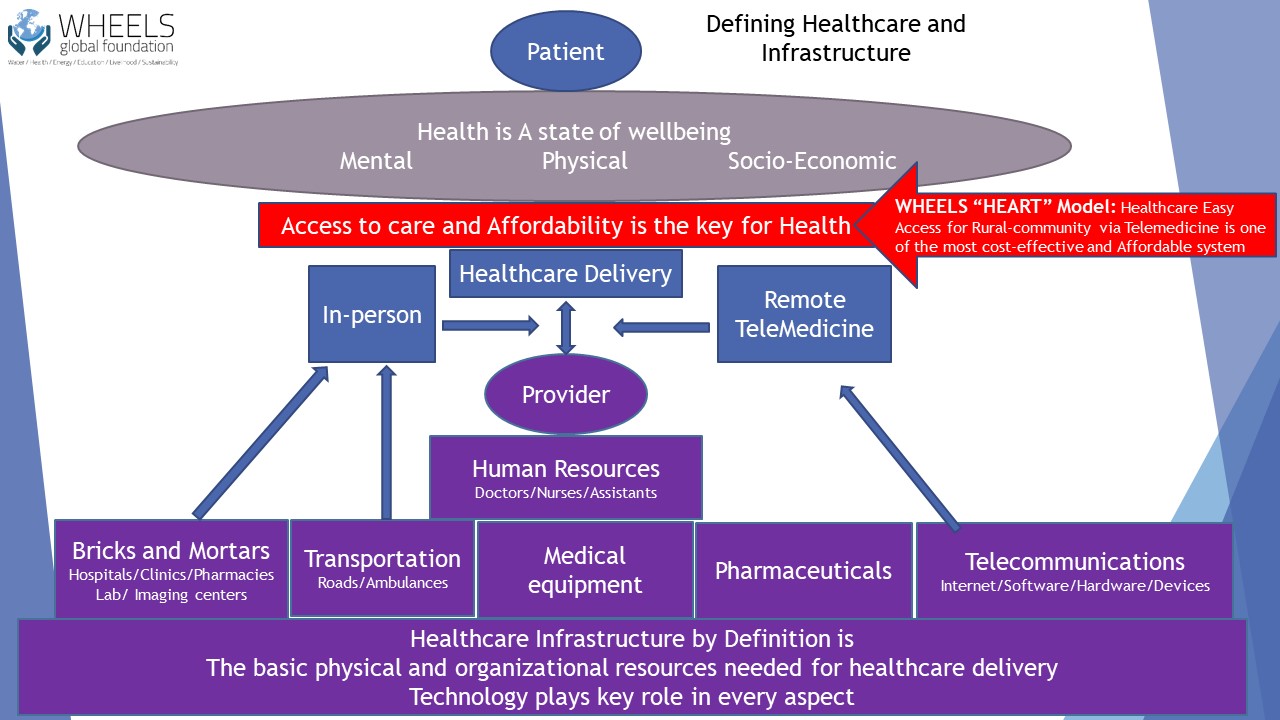