Bethesda, MD - On June 2, 2016, The WHEELS Global Foundation, a non-profit started by alumni of India’s Indian Institutes of Technology, held its first fundraising gala June 2 in Maryland, recognizing several “Trailblazers” and signing a landmark agreement with the Global Association of Physicians of Indian Origin (GAPIO).

The WGF whose mission is to provide technological solutions to global challenges, recognized 12 individuals with “Trailblazer” awards. It also signed an agreement with GAPIO to implement projects focusing on obesity prevention among veterans in 100 VA hospitals in the U.S. 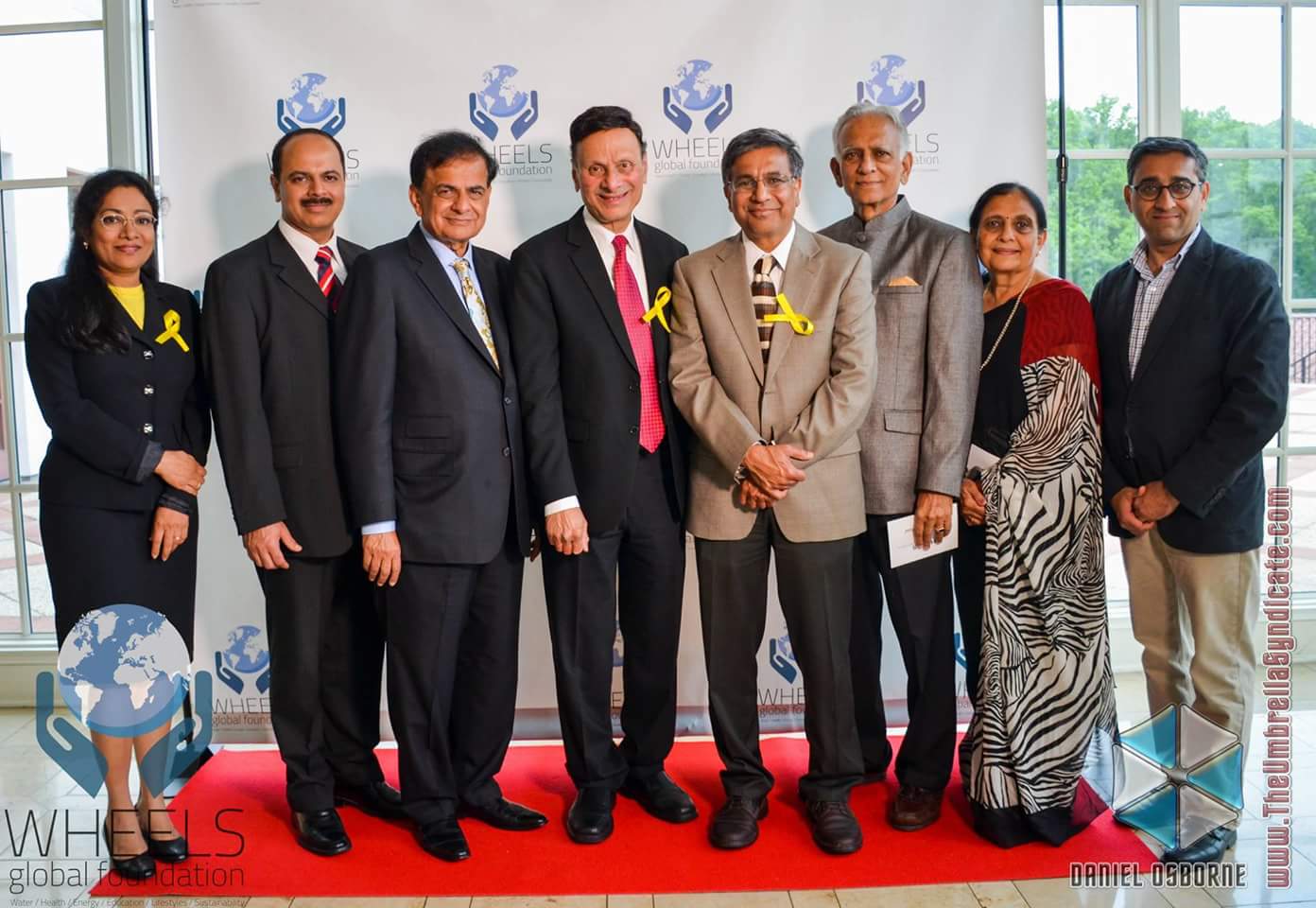 “This is the beginning of a partnership that will expand in the future,” said Dr. Sudhir Parikh, treasurer of GAPIO, publisher of News India Times and recipient of India’s Padma Shri award. “With GAPIO’S membership from 34 countries and our diversified skills, we can channel resources toward healthcare and into education for preventive health in India and elsewhere,” he added. Dr. Parikh along with Dr. Sanku Rao, president of GAPIO, signed the agreement with WGF President Hiten Ghosh, at the Congressional Country Club in Bethesda, MD, where the gala was held.

Some 250 guests paid top dollars and pledged donations to WGF to the amount of $225,000, organizers told News India Times.

In his speech at the gala, Ghosh said clean drinking water is a challenge in many rural parts of the world, and WGF has been involved in providing clean water to seven villages, and plans to continue to use new technology to find efficient solutions to difficult development challenges.

The 12 philanthropic trailblazers recognized were — Raj Gupta, former CEO of Rohm and Haas; Mahinder Tak, a promoter of Indian Heritage and Arts and a mentor to young Indians aspiring to join public services and politics; Narayana Murthy, co-founder of Infosys; Pradman Kaul, president of Hughes Network System; Madhav Chavan, the co-founder and the CEO of the educational non-profit, Pratham; Scott Case, the founding CTO for Priceline, the “Name Your Own Price” company, who was also the keynote speaker.

Other awardees include Dr. Thakor Patel, a U.S. Navy veteran; Kannan Moudgalya, professor of Chemical Engineering, Systems and Control, and Educational Technology at IIT Bombay; Madhu Reddy, Dr. Uma Koduri of the Jack C. Montgomery VA Medical Center in Muskogee, Oklahoma, known for founding the Walk World Walkathon Organization in 2011 among other initiatives; Ashank Desai, founder and former chairman of MASTEK Limited, a publicly-held IT solutions player with global operations, and advisor to Mastek Foundation, whose mission is to enable “Informed Giving and Responsible Receiving”; and Dr. Alok Agrawal, founder and president of NGOs in the US and India called Global Pragathi and Pragathi Welfare Society, involved in preventive health in India and the U.S. He is a practicing nephrologist in Ohio.

India’s Ambassador to the U.S. Arun Singh also spoke at the gala and presented some of the Trailblazer  awards.

This news article was published on 'News India Times' : http://www.newsindiatimes.com/foundation-honors-trailblazers-partners-with-global-association-of-physicians/20309