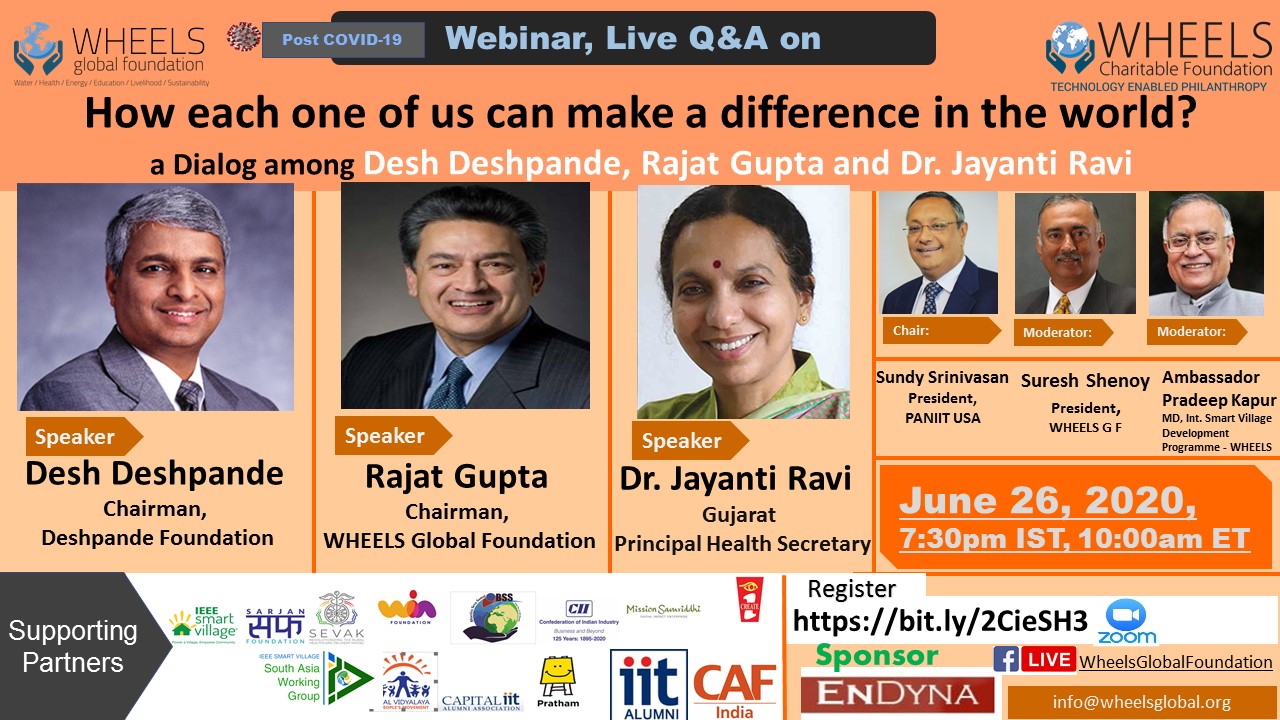 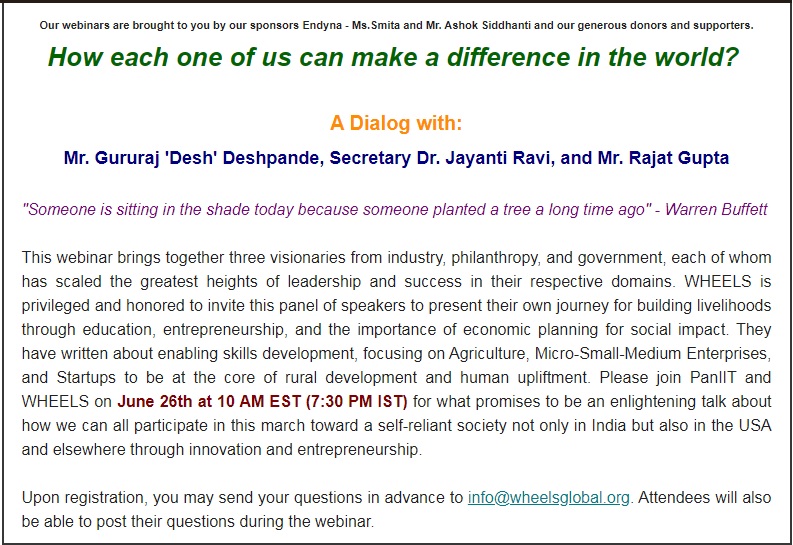 Mr. Gururaj "Desh" Deshpande is a Trustee of the Deshpande Foundation along with his wife Jaishree. He is also the President and Chairman of Sparta Group LLC, a family investment office and is also the Chairman of Tejas Networks.

Dr. Deshpande has pursued an entrepreneurial career for the last three decades. He is involved either as the founder, a founding investor or chairman of several companies including Cascade Communications, Sycamore Networks, Coral Networks, Tejas Networks, Cimaron, Webdialogs, Airvana, Sandstone Capital, A123 Systems and Curata. Dr. Deshpande lives in Boston and serves as a life-member of the MIT Corporation, and his support has made possible MIT's Deshpande Center for Technological Innovation.

Dr. Deshpande holds a B. Tech. in Electrical Engineering from the Indian Institute of Technology - Madras, an M.E. from the University of New Brunswick in Canada, and Ph.D. from Queens University in Canada. Deshpande co-chaired the National Council to support President Obama's innovation and entrepreneurship strategy from 2010 to 2015.

Ms. JAYANTI S. RAVI is a scientist, civil servant, writer, speaker, educator, performing vocalist and thinker. With a master's degree in nuclear physics from the University of Madras, an MPA from Harvard University and a PhD in e-governance, she has authored books, published in international journals, guided doctoral students and also been a visiting faculty at Harvard University. Her professional experience includes serving as DDO in Sabarkantha, as collector in Panchmahals and as director of the National Advisory Council with the Prime Minister's Office.

As principal secretary and commissioner, rural development, Gujarat, she has championed the Swachh Bharat Mission for rural sanitation in the state. Her innovative and creative multidisciplinary approach to problem-solving has led to major transformational outcomes across various sectors. Presently, she serves in Gujarat as the principal secretary and commissioner, health and family welfare.

How Each One Can Make a Difference in the World?

Webinar on Social Entrepreneurship : How Each One Can Make a Difference in the World? A Dialogue among Mr. Gururaj 'Desh' Deshpande, President and Chairman @Sparta Group LLC , Dr. Jayanti Ravi , Principal Secretary and Commissioner @Government of India, Gujarat & Mr. Rajat Gupta, Chairman of WHEELS , Indian-American businessman and Philanthropist who has co-founded successful world class institutions including Indian School of Business(ISB), served on the board of several top multi-national companies like McKinsey, Goldman Sachs etc. 📋 "Someone is sitting in the shade today because someone planted a tree a long time ago" - Warren Buffett