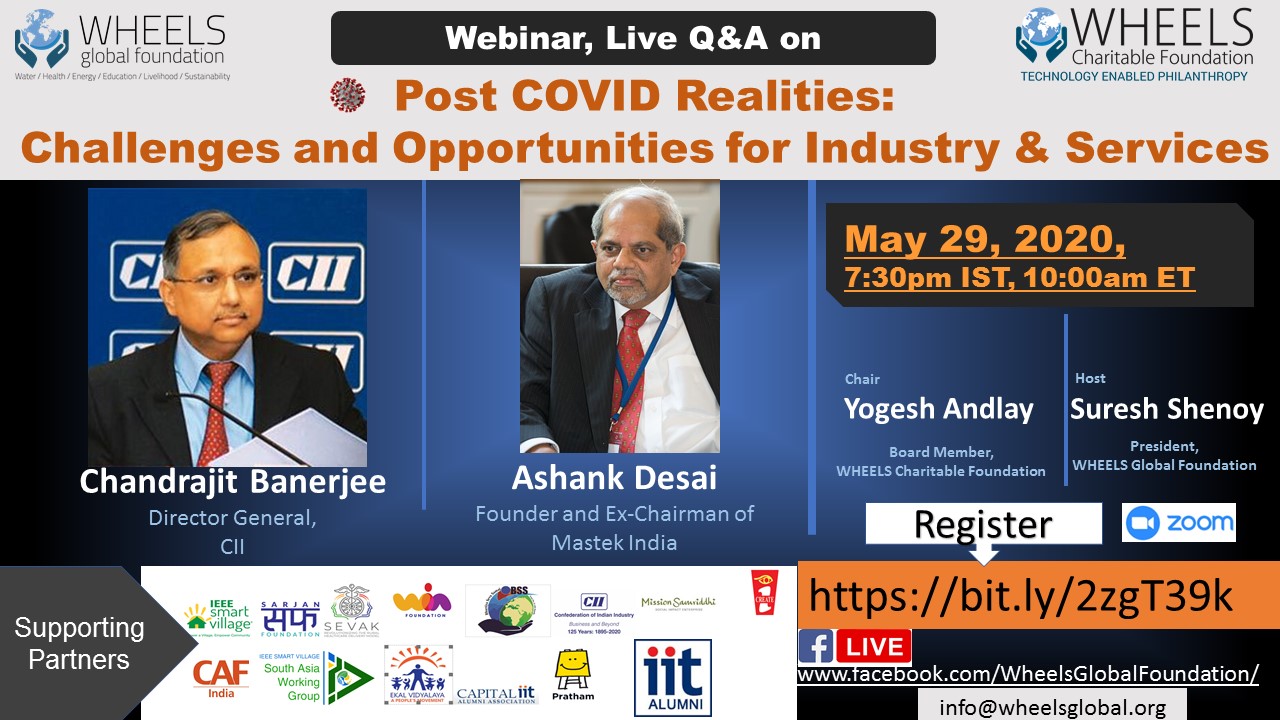 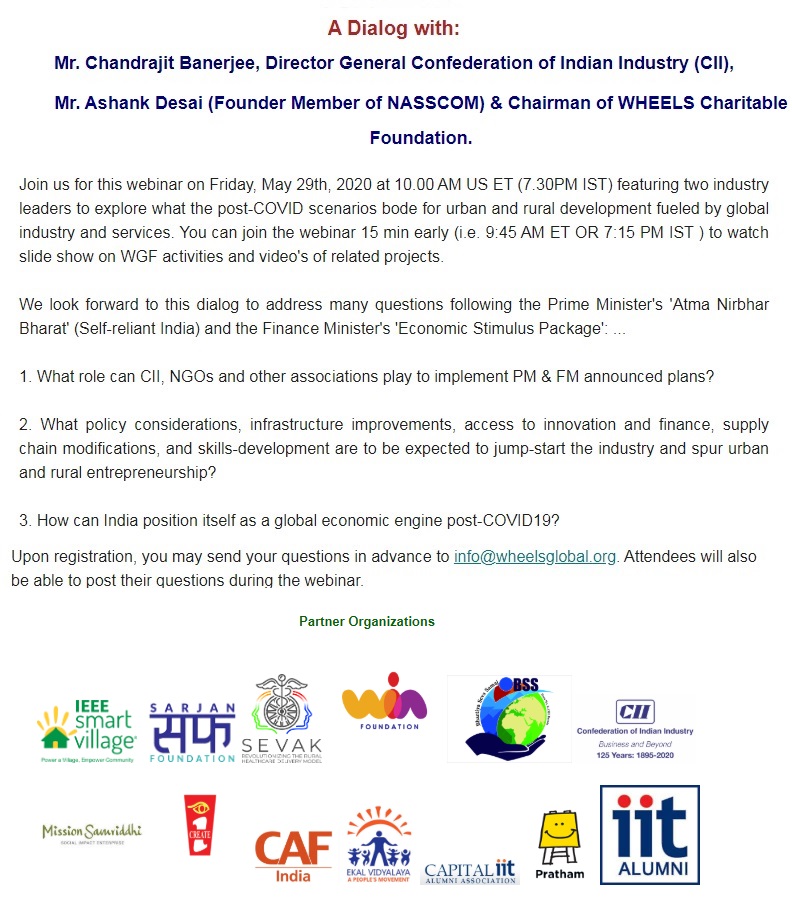 Posted by WHEELS Global Foundation on Friday, May 29, 2020 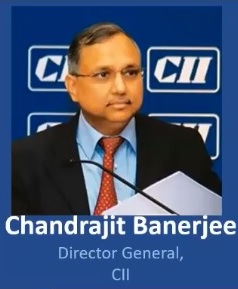 Mr. Banerjee has been with the CII for 32 years and has served as its Director General since 2008. In this post, he is responsible for the overall operations of CII. Prior to his appointment as Director General, Mr Banerjee held several senior positions in CII in key areas including sectoral verticals of Manufacturing, Services, Agriculture and Life Sciences as well as the SME sector. He has also led CII’s policy work relating to macroeconomic policy, financial services and corporate governance. He was the first Executive Director of the National Foundation of Corporate Governance (NFCG), an organization set up by the Government of India and continues to be Member of its Board of Trustees and Governing Council. He also initiated the Center of Excellence of the Indian Machine Tool Manufacturers’ Association (IMTMA) in Bangalore, a state-of-the-art center for training, conventions and trade fairs.

He holds / has held Trusteeship and Board Member posts in many institutions:

· Vice Chairman of the Asia Pacific Chapter of UFI, The Global Association of the Exhibition Industry.

He is a Member of the Managing Committee of SPORTSCOM and Governing Council Member of Healthcare Sector Skill Council (HSSC). He is also a Director on the Board at the “Invest India” set up by the Department for Promotion of Industry and Internal Trade, Ministry of Commerce and Industry, Government of India. Mr Banerjee is also a Director in the Singapore India Partnership Foundation (SIPF). He is also secretary for bilateral CEOs Forums constituted by the Government of India with Australia, France, Russia, Canada, Malaysia, Indonesia, Myanmar, Japan, Sweden, and South Africa, among others.He has been honored with the China-India Friendship Award by the Chinese Premier for his contributions towards the development of bilateral ties between India and China.

Mr. Banerjee has been conferred with the decoration of “Knight Commander” by His Majesty the King of Spain in recognition of his meritorious achievements and exceptional contributions towards promoting relations between India and Spain.He has been honoured with D. Phil Honoris Causa from Amity University. He is a Post-Graduate (MS) in Economics with specialization in Economics of Planning and Econometrics from the University of Calcutta. Earlier, he did his Graduation from St. Xavier's College (Calcutta) in Economics (Hons). With 68 offices, including 9 Centers of Excellence, in India, and 11 overseas offices in Australia, China, Egypt, France, Germany, Indonesia, Singapore, South Africa, UAE, UK, and USA, as well as institutional partnerships with 394 counterpart organizations in 133 countries, CII serves as a reference point for Indian industry and the international business community. 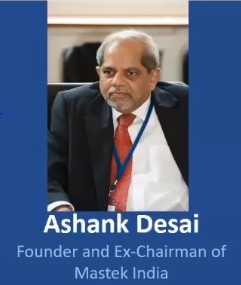 Mr. Ashank Desai, Founder and Ex-Chairman of Mastek, is the chief architect in catapulting Mastek into the top 20 software companies in India.

He is a leading light of the IT industry in India. He is the founder member and ex-President of National Association of Software and Service Companies (NASSCOM). He has also been the Vice President of ASOCIO (Asian-Oceanian Computing Industry Organisation) and is the only Indian to be presented with the Honorable Contributor's Award for his outstanding contribution to ASOCIO's growth in 1994. He holds an M. Tech degree from Indian Institute of Technology (IIT), Bombay and an MBA from Indian Institute of Management (IIM), Ahmedabad.

Mr. Ashank Desai has been conferred the Distinguished Alumnus Award by IIT Bombay for his contribution as a software entrepreneur.