Malaria is endemic in large parts of the world: Sub-Saharan Africa, Southeast Asia, Latin America, and India. According to the WHO, there were 212 million cases of malaria in 2015, and 429,000 deaths. The National Vector Borne Disease Control Program registered ~850,000 cases of malaria in India in 2016.A majority of deaths are caused by late or unavailable diagnosis. Given the availability of effective treatment, it is vital to detect malaria at an early stage in patients.

Project MAAHAAN is a collaboration between Harvard University students Neil Davey and Mirai Shah and Prof. Debjani Paul and Prof. Swati Patankar at the Indian Institute of Technology Bombay (IITB). Neil worked in the laboratory of Prof. David Weitz at Harvard on drop-based microfluidics technology for the early detection of cancers and tuberculosis. Recently, the duo has developed a point-of-care device for the diagnosis of malaria. 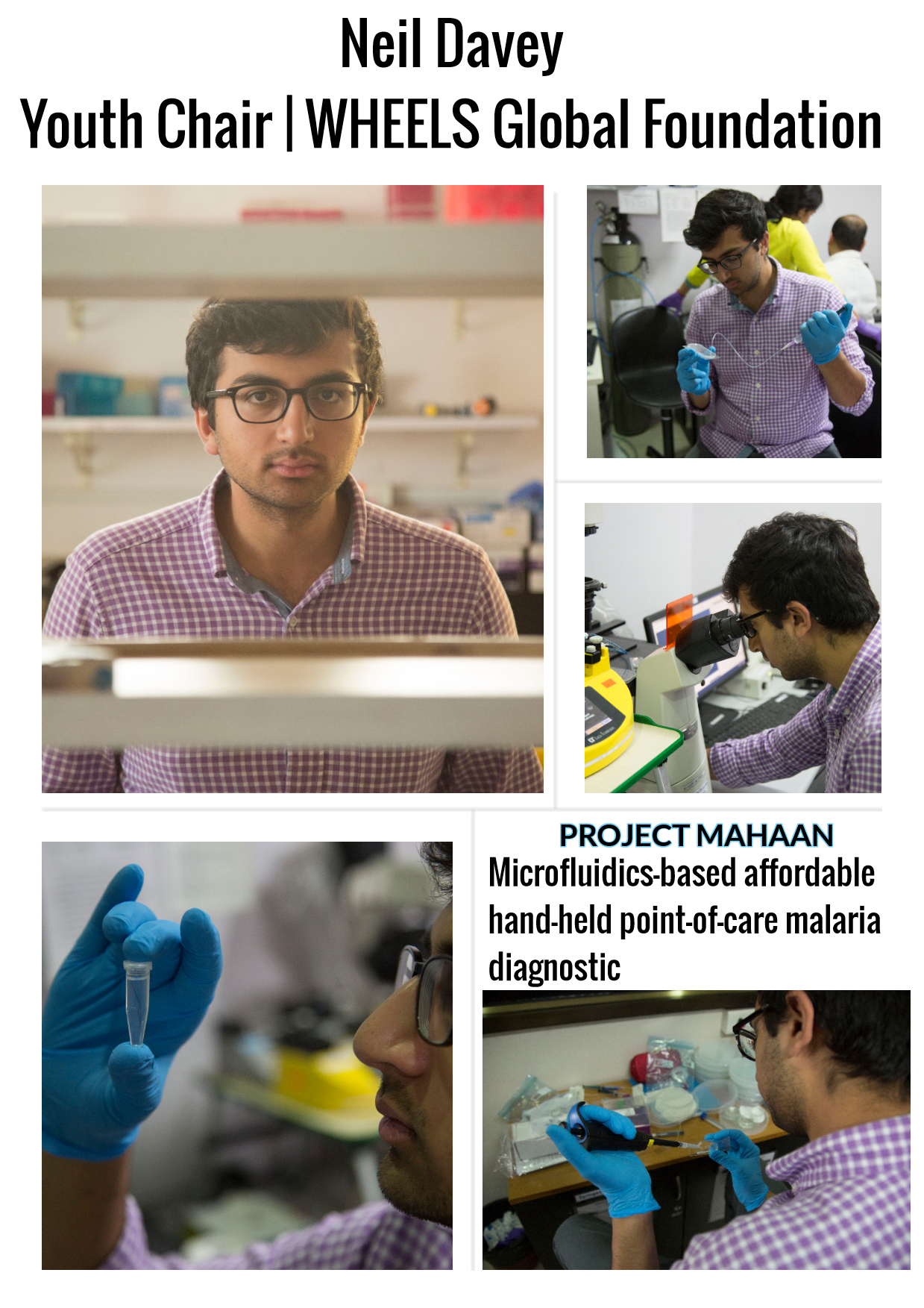 The device, under development, is intended to be ultrasensitive, able to detect even dormant levels of parasites in asymptomatic individuals, as well as highly specific, able to distinguish between P. falciparum and P. vivax species.The Paul Lab at IITB has developed a low-cost mobile phone camera platform that allows for inexpensive quantification of parasites from the device in the field. The combination of these advantages could make the technique better than the existing standards for malaria diagnosis in India, namely blood smear microscopy and rapid diagnostic tests (RDT’s).

Impressed by the research and potential impact of the project, WHEELS Global Foundation provided a $20,000 grant to fund technology transfer from Harvard to IITB in the summer of 2017, allowing for the two groups to integrate their technologies. Once the initial development is complete, the team aims to begin a larger study to test the device’s efficacy using samples from partner hospitals in Mumbai in August 2018, during peak malaria season.

The long-term goal of the project is to deploy the malaria diagnostic test in rural India, and drastically improve health conditions in the country as a result.

The trials for the device in collaboration with various Mumbai hospitals (including King Edward Memorial Hospital and Nair Hospital) require additional funds. To donate to Project MAAHAAN, please click here.