esteemed presence in the Book Launch Celebration of -

“Beyond the COVID-19 Pandemic: Envisioning a Better World by

Transforming the Future of Healthcare”

Around the world, providing quality and affordable healthcare remains a challenge. As the COVID-19 pandemic began, it quickly became apparent that public policy and current healthcare systems were ill-prepared to deal with the challenges. Ambassador Pradeep Kapur and Dr. Joseph Chalil discuss the lessons learned in the book, Beyond the COVID-19 Pandemic: Envisioning a Better World by Transforming the Future of Healthcare.

The authors offer sustainable and revolutionary solutions to change healthcare delivery in the United States and a model for other countries. With a combination of a public SafetyNet and free-market competition, they offer their "Grand Plan." The advances and adoption of current and new technology will revolutionize the field of healthcare. They offer critical strategies that countries can adopt during natural disasters, wars, or a pandemic.

The emerging world order, as envisioned by the authors, addresses healthcare needs, education, and sustainable lifestyle choices, reducing the need for more intensive and costly interventions to improve the overall quality of life. Beyond the COVID-19 Pandemic: Envisioning a Better World by Transforming the Future of Healthcare does not stop with a plan for the United States healthcare system, but also organizations, such as the United Nations and the WHO, which are not living up to their initial promise. The authors suggest a roadmap that goes beyond just reform.

With these lessons and their Grand Plan, Ambassador Kapur and Dr. Chalil challenge the world to have the political consensus to create meaningful change for all, both in the United States, the United Nations, and around the globe. You can see some further details of the book by clicking here: https://beyondcovidbook.com 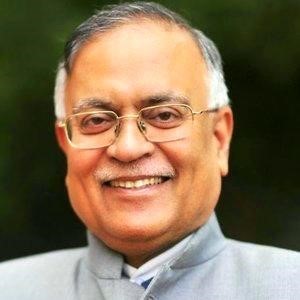 Ambassador Pradeep Kapur is an acknowledged “luminary diplomat,” with a distinguished career working with leaders and policymakers around the world. Author and editor of many books, he was Ambassador of India to Chile and to Cambodia, and Secretary at the Indian Ministry of External Affairs. He graduated from the globally acclaimed Indian Institute of Technology, Delhi (IIT-D). He is Executive Director of Smart Village Development Fund (SVDF).

Dr. Joseph Chalil, MD, MBA, FACHE, is the author of several scientific and research papers, and serves as the Chairman of Indo-American Press Club (IAPC), the largest ethnic Indian American media forum. He is also the Chairman of the Complex Health Systems Advisory Board, H. Wayne Huizenga College of Business and Entrepreneurship at Nova South-eastern University in Florida. Dr. Chalil is an expert in U.S. healthcare policy and a strong advocate for patient-centred care. 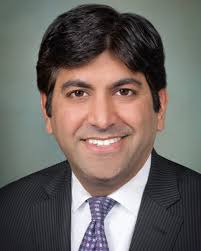 Mr. Aneesh Chopra is an American executive who served as the first Chief Technology Officer of the United States. He was appointed in 2009 by President Barack Obama and was at the White House through 2012. Chopra previously served as Virginia's Secretary of Technology under Governor Tim Kaine. Chopra was a candidate in 2013 for the Democratic nomination for Lieutenant Governor of Virginia. He is the author of Innovative State: How New Technologies Can Transform Government (2014) and co-founder and president of CareJourney. In 2015 he joined Albright Stonebridge Group as a senior advisor. 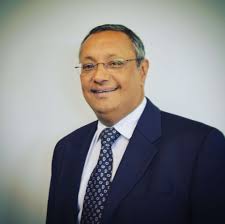 Mr. Sundaram "Sundy" Srinivasan is an extremely well connected and respected industry executive with 35 years of international upstream oil and gas experience. He has lived and worked in over 12 countries. He spent more than 25 years at Schlumberger, serving across a variety of management roles and has worked as a Senior Advisor for BP. Sundy Srinivasan has been involved in the Owls Group startup company advisor at University of Houston. He has been a Judge for the last 10 years in world’s largest Business Plan competition at Rice Alliance and mentors and advises Start-up Companies.” He also mentors students through the college application process, gives after dinner talks at many organizations and performs as a stand-up comedian in his free time. Sundy Srinivasan was the first founding President of IIT Alumni of Greater Houston (IITAGH). 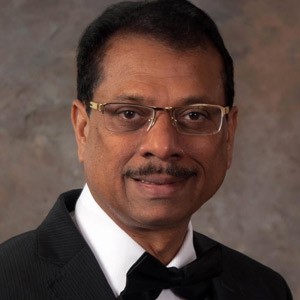 A Board-Certified Gastroenterologist/Transplant Hepatologist, working in Douglas, Georgia, Dr. Jonnalagadda is a former Assistant Professor at the Medical College of Georgia. He was the President of Coffee Regional Medical Staff 2018, and had served as the Director of Medical Association of Georgia Board from 2016 onwards. He had served as the President of Georgia Association of Physicians of Indian Heritage 2007-2008, and was the past Chair of Board of Trustees, GAPI. He was the Chairman of the Medical Association of Georgia, IMG Section, and was a Graduate, Georgia Physicians Leadership Academy. 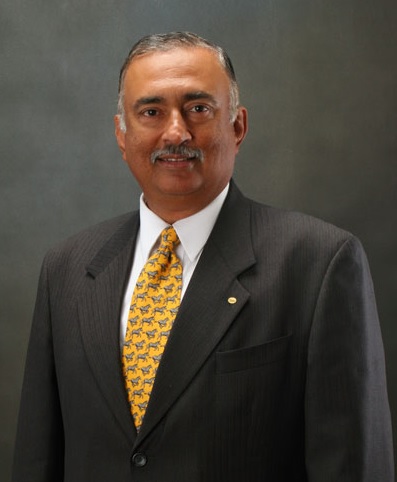 Mr. Suresh Shenoy is an Indian-American Engineer, and retired Senior Business Executive and Philanthropist. He is the current President of WHEELS Global Foundation (WGF). WGF was founded in 2013 as an Independent 501c-(3) to provide technology-driven solutions to the challenges that affect the rural population in six areas: Water, Healthcare, Energy, Education, Livelihood and Sustainability. The organization collaborates with other national and international NGO’s and non-profit organizations to help scale their efforts through technology and in a sustainable manner through Entrepreneurship.

Mr. Shenoy served as Chairman of the American Red Cross, National Capital Region (United States). He was on the boards of The Kevric Company, Alyx Technologies Global Services, The Fairfax County Information Technology Advisory Council, Fairfax County Library Foundation, The Fairfax County Chamber of Commerce, The Association for Information and Image Management and a recipient of their Award of Merit – the highest technology-related recognition in that industry, and several technical advisory boards. For 2006-2008, He served as Co-President of the Indian Institute of Technology Alumni Association in North America with 50,000+ members. He was a founding member of the Thomas Jefferson Partnership Fund and served on its board until 2002. He also served on the Cloud-2 commission during the Obama Administration to help create policies for the adoption of cloud technologies in government applications. He, along with his brother, Sudhakar Shenoy, received Northern Virginia Community Foundation's prestigious community leader award for 2009 with a citation from the US Congress and US Congressman Gerald E Connolly. In Dec 2018, He and his brother were also recognized by TiE-DC with the 2018 Legends Award. 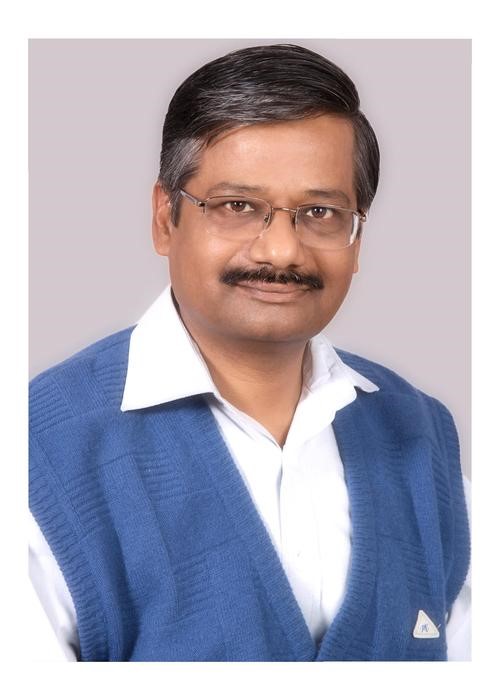 Mr. Yogesh Andlay is a founding team member of several leading well-known companies in IT, consultancy and education field. He is Co-founder of Nucleus Software, Grow Talent Co Ltd., and School of Inspired Leadership. Yogesh Andlay graduated from IIT Delhi in 1979. Yogesh Andlay was President of IIT Delhi Alumni Association during the year 2006-07. He has also been an active participant in PanIIT Alumni activities. Yogesh also serves on the board of SOIL – School of Inspired Leadership www.soilindia.net. SOIL has been recognized as a pioneer in leadership education and has won laurels for its unique approach to leadership development. It is founded on five pillars of mindfulness, ethics, compassion, diversity and sustainability. Yogesh is a well-wisher and supporter of Aravali Institute of Management, Jodhpur. Yogesh is at present mentoring and investing in several startups.

He has been an advisor to Millennium Alliance program of FICCI. Millennium Alliance is a fund set up jointly by USAID, DST, DFID (UKAID), and several other organizations. In the last five years, Millennium Alliance has supported more than 120 social sector innovations impacting about 10 million people. These have been selected from amongst about 5,000 applicants who applied for this catalytic funding. These enterprises have been in the field of education, healthcare, agriculture, energy, and water and sanitation, etc. In addition, Yogesh serves as a Co-Chair of Startup Committee of FICCI and a member of Science and Technology Board of FICCI. He is a sought after mentor by the entrepreneurs incubated at FICCI supported incubators and accelerators. Yogesh is an active participant in Mission Samriddhi. Mission Samriddhi is a Social Development and Acceleration project started by Sh. Arun Jain. Yogesh is member of the Executive Council of Mission Samriddhi.

WHEELS Global Foundation(WGF), "An Initiative of IIT Alumni, USA" with the mission of Technology Enabled Philanthropy.

WHEELS has also been selected by NITI Aayog, Govt. of India as a member of committee for Innovation and Technology Transfer.